on April 30, 2016
When I was a college kid, I yearned for a smart street bike - one that not only offered a great fuel economy but also an array of practical features. Unfortunately, in those days (I'm talking of the period between 1997 to 2001 when I studied engineering in a remote village of Haryana), such a bike did not exist! 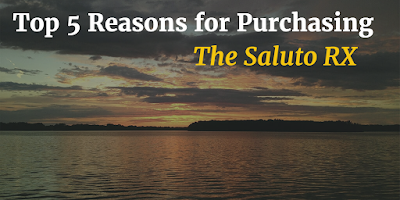 The good news is that India Yamaha Motor has just launched the most affordable, smart street bike in the 110 Cc segment called the Saluto RX. I was there when the much awaited launch took place, and suffice to say, it felt great to catch all the action firsthand at the Hotel Pullman, New Delhi.


First things first! The new Saluto RX is an entry-level commuter bike specifically designed for the rural Indian roads. What is really admirable about this bike, apart from its extremely modest pricing of INR 46,400 (ex-showroom Delhi), is that it offers a mileage of 82 kmpl*.

[*Under standard test conditions only.]

One of the salient features of this commuter bike is that it mounts a newly developed air-cooled, 4-stroke, SOHC, 110cc, 2-valve single-cylinder engine. The new engine is backed by a Blue Core Engine Development concept, which makes the combustion chamber more compact than its previous avatars in the same segment.

The Blue Core technology focuses on the following:


But it’s not the engine alone that is worth mentioning. You'll also fall in love with the frame and alloy wheels that contribute towards the model's overall fuel efficiency. Like how? Through the comprehensive weight-reducing designs.

You'll be surprised to know that the new model weighs mere 98 kg, the lightest in its class. The Saluto RX is at least 22 kg lighter than the company's previous models in its class. 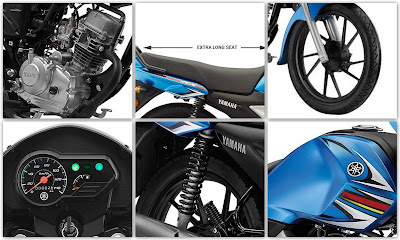 So there, still contemplating whether to purchase this bike? I'll give you top 5 reasons for purchasing the Saluto RX:


Combined with Yamaha's unquenchable thirst for performance, innovation, and design, Saluto RX is slated to become a clear-cut winner in the commuter segment for bikes.