on May 22, 2015
It is often said that childhood is the happiest time in one's life. It is also a time to foster creativity, fuel curiosity, and inspire imagination in kids. 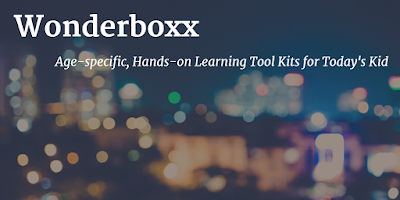 As a parent of two lil angels - Rishab (7) and Saanvi (3) - I fully endorse the idea of giving children a free hand while encouraging them to think beyond the cliched. When I was of Rishab's age, life was much simpler and predictable than how it is now; most of my learning in fact was very organic in nature, by observing people and things around me. Tech had little part to play during my growing up years.

Today's kids, however, belong to a different time and place altogether. While traditional ways of education might still work wonders in some cases, what the academia essentially needs is age-specific learning tools designed by experts.

That's where Wonderboxx fits in.

With the objective of inspiring imagination in kids between 1 to 8 years of age, Wonderboxx has come up with hands-on learning tool kits, which I think will be an instant hit with toddlers of any age group. 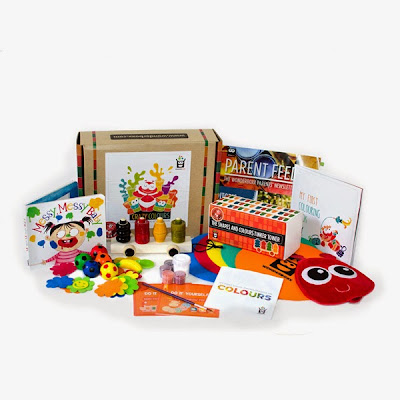 Each kit is centered around a theme every month, and contains the following items:

At the launch event, I was ecstatic to meet the Team Wonderboxx, which included parents, pedagogy experts, product designers, illustrators, and children's authors.

While chit-chatting with one of the founders, Parita Parekh, I got some valuable insights into how the idea of a Wonderboxx was realized.

Parita then introduced me to Manish Jain, who builds educational toys while conducting arts and science workshops and fun activities specifically for children.

Originally from Pune, Manish Jain graduated from IIT Kanpur in 1993 with a degree in Electrical Engineering. He believes that toys can truly revolutionize learning, since they speak a language that any child could understand.

Manish also commented about India's abysmal performance in the Program for International Student Assessment (PISA), conducted annually to evaluate education systems worldwide by the Organization for Economic Co-operation and Development (OECD) Secretariat. India ranked second last among the 73 countries that participated in PISA (2012), which was unflattering to say the least.

Later, we got to meet Priya Kuriyan, who is the chief illustrator for Wonderboxx. An NID graduate, Priya has illustrated a picture book called "Messy Baby" which is also a part of the Wonderboxx's kit and is written by Vaani Arora. Priya believes in the power of visual literacy and picture books. By creating real-life characters, Priya aims to create a strong brand image for Wonderboxx.

Wonderboxx is effectively priced between INR 1000 to 1500 per kit, and works on the subscription model. Depending on your requirement, you can subscribe to the product for a period of one, three, six, or twelve months. 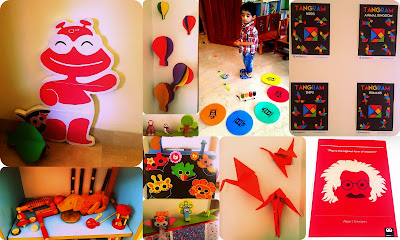 The best part is that you can order these kits from popular E-commerce sites like Flipkart and Amazon (who are also their online partners) and have them delivered right to your doorstep.

Thanks to Wonderboxx, Rishab and Saanvi can now create a home lab and develop a culture of knowledge through ideas, hands-on inquiry, and action.