on May 26, 2015
California is known the world over for its dramatic Mediterranean weather, cliff-lined beaches, and palm trees. Not to forget the Hollywood entertainment industry, multi-cuisine food, prominent universities, bustling sports scene, etc.

I too have vivid memories of the state, since I studied at the UCLA's Anderson School of Management, California, which was one of the partner schools for my Advanced MBA program. Who can possibly forget the sprawling UCLA campus, Beverly Hills, Downtown Disney, Universal Studios, and J. Paul Getty Museum!

Now imagine an upscale, world cuisine restaurant in the heart of the city that reminds you of California. There's something truly fascinating about The California Boulevard, right from the time you enter its premises. 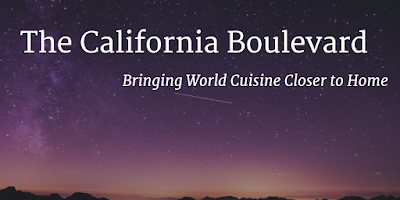 When you're at The California Boulevard, you can't help but draw comparisons to the popular western US state.


At the restaurant, I was introduced to the lovely Kanchan H. from Bright Hospitality, who takes care of the PR, marketing, and corporate communication initiatives at The California Boulevard. She quickly gave me a familiarization tour of the restaurant, along with some valuable insights about its inception.
While chit-chatting with Kanchan, I requested to meet the head chef, Karen Dsouza-Rawat, and the operations manager, Sandeep Kumar.

Hailing from Mumbai, Karen has worked with prestigious brands like the JW Marriott and Norwegian Cruise Line.

Now employed with The California Boulevard from past one and a half years, Karen believes that the people of Gurgaon favor the 'world cuisine' concept. So she likes to indulge them in authentic Indian, Continental, Chinese, Mexican, Italian, Korean, and Fusion food.

Having set the stage for a memorable dining experience already, the head chef promised to serve me some of her most exotic offerings to date.


Among the four drinks that I gulped down, my personal 'summer' favorite is the Cold Beetroot Soup.

Quite honestly, I've never experienced a cold soup before. And the funny part is: it doesn't taste like a traditional soup but more like a smoothie or a cooler.

Simply put, the starters served at The California Boulevard are out of this world. There's no two ways about it. 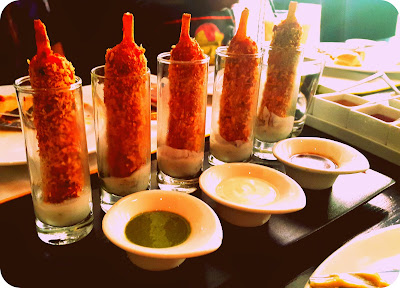 Even though I wasn't particularly gung-ho about how the kebabs tasted, I'd still give them brownie points for a spectacular presentation.


Having spent a considerable amount of time in South Korea, I can smell authentic Tofu without too much hassle. The Korean Chilli Tofu I savored at The California Boulevard was even better than the ones I've had in Korea.


The signature Choc Nutella Torte just blew my mind off. It is that amazing!

Post lunch, I spent some time with the operations manager, Sandeep Kumar, who provided his insights into the day-to-day running of this restaurant.


Finally, my verdict is that The California Boulevard is not just a restaurant but an experience in itself; it is a potpourri of cuisines, cultures, colors, and entertainment.

Professional and experienced staff will only make your experience more memorable. Go indulge in über chic dining with unobtrusively stylish service. You shall not be disappointed!