on June 08, 2018
In this blog post, I cover Striker Skybar, a new Dance and Night Club, Brewery, and Lounge in South Point Mall, Gurugram. 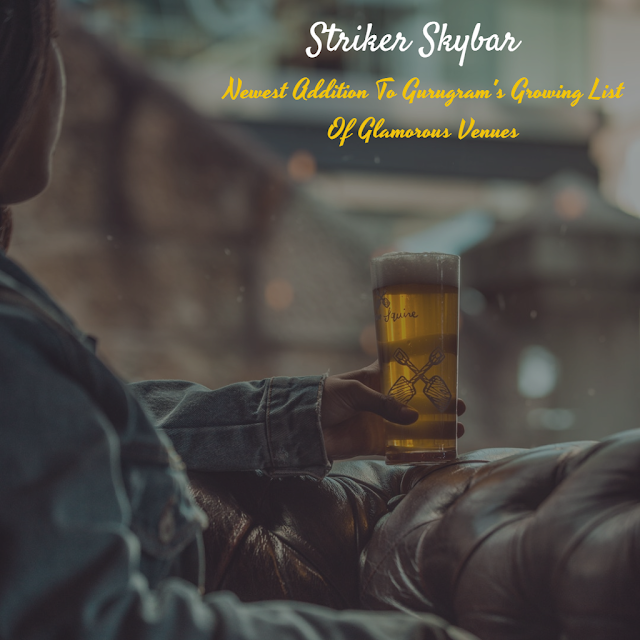 The beauty of living in a millennium city like Gurugram is that you're spoilt for choice when it comes to swanky clubs, breweries, or lounges. While having more choice is a good problem to solve from a customer's point of view, at times it could also become extremely daunting. Striker Skybar is the newest addition to Gurugram's growing list of glamorous venues that plan to offer everything under one roof, thereby ensuring you don't need to go anywhere else for both dining and entertainment. 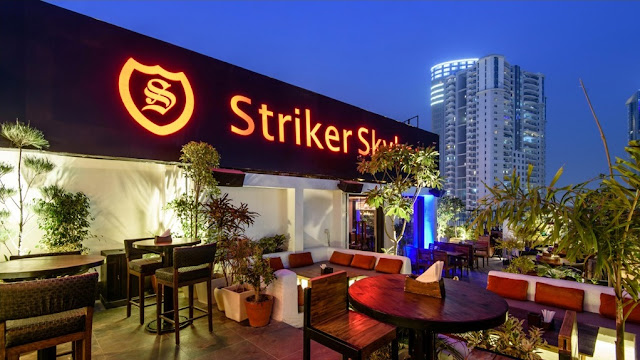 The brainchild of restaurateurs Ashwini Chaudhary, Lalit Ahlawat, Subodh Kumar Singh, and Vikas Chauhan, Striker Skybar provides a total of 170 covers, which can be extended up to 300 on a busy night. 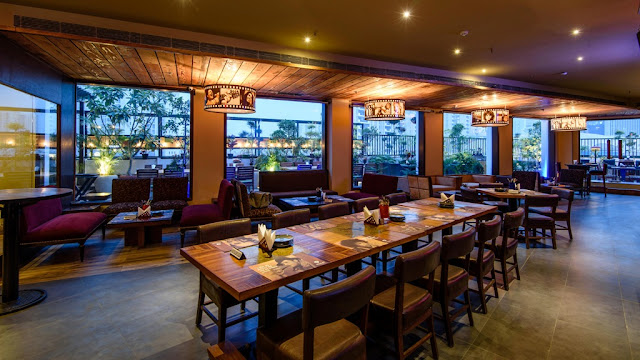 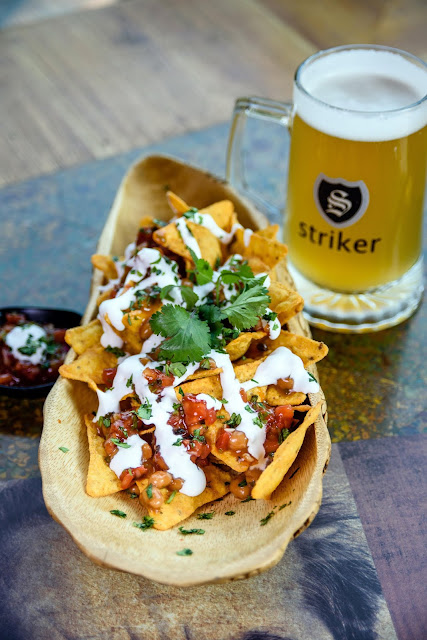 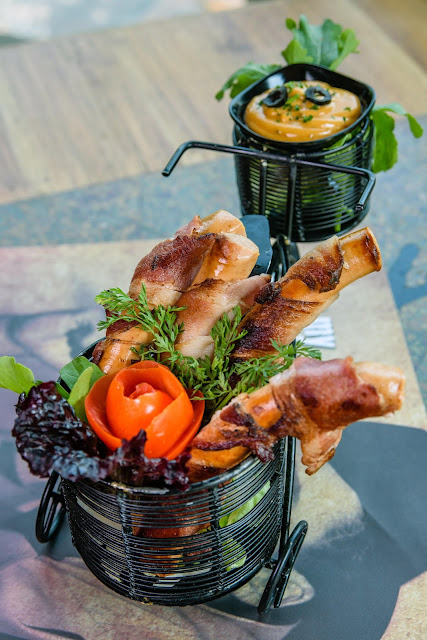 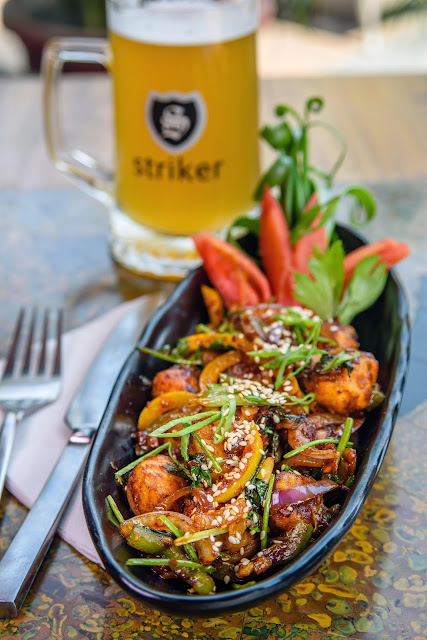 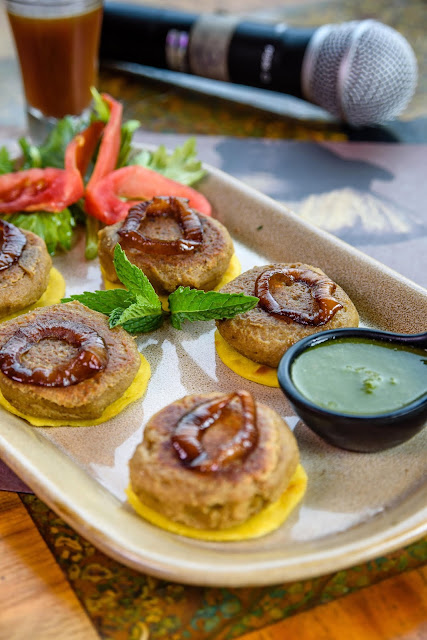 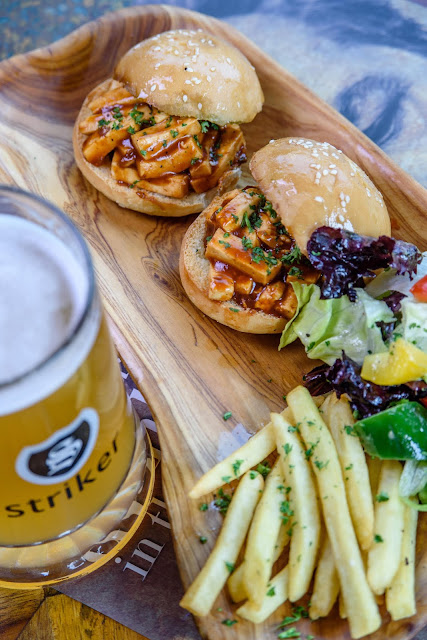 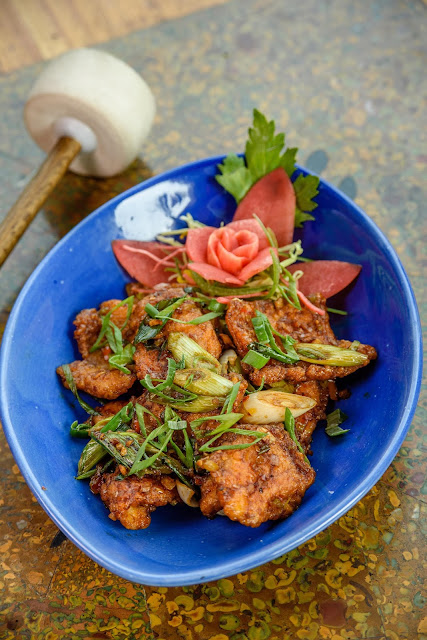 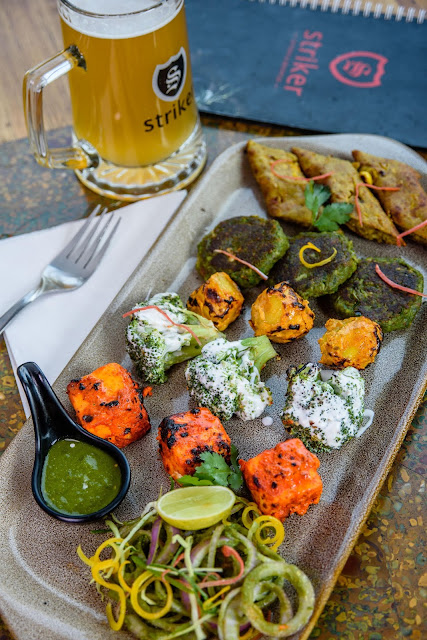 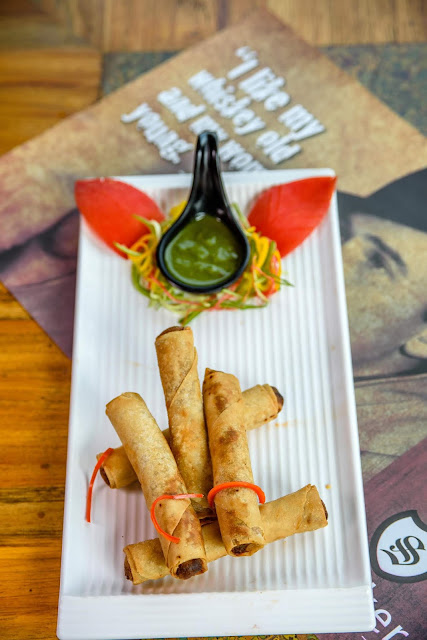 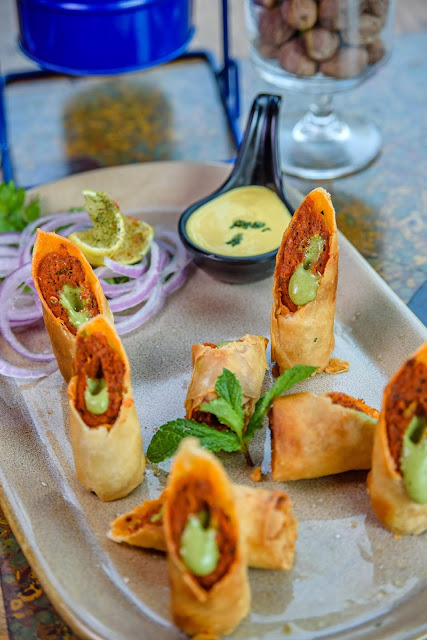 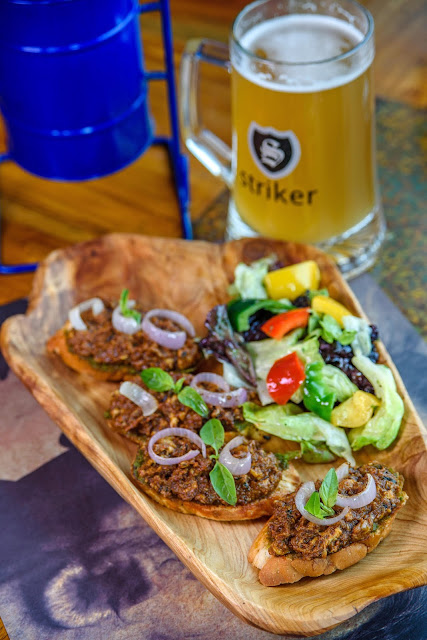 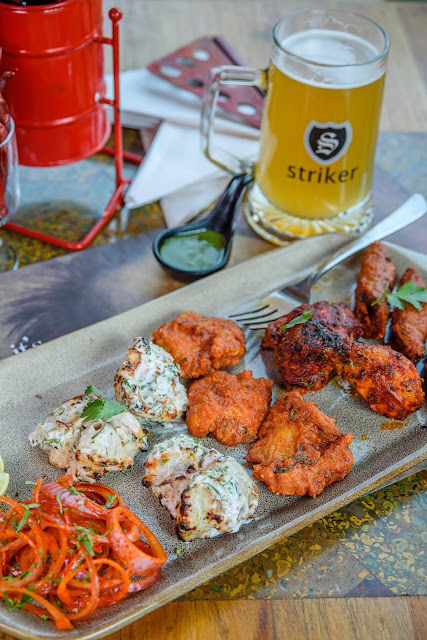 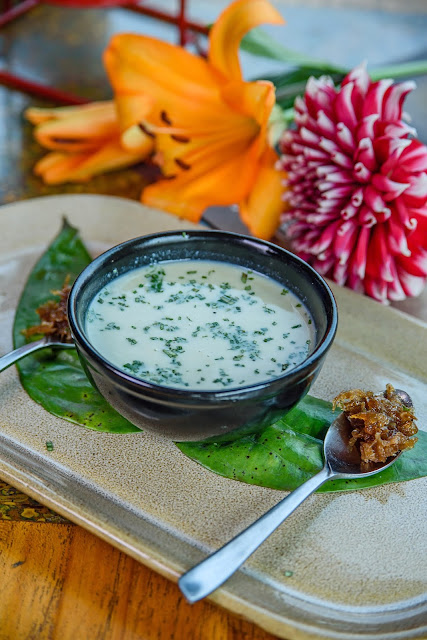 Being one of the very few venues in Gurugram to offer outdoor seating, the pub ticks all the right boxes by providing a relaxed vibe, soothing decor, and spacious alfresco seating under the open sky. 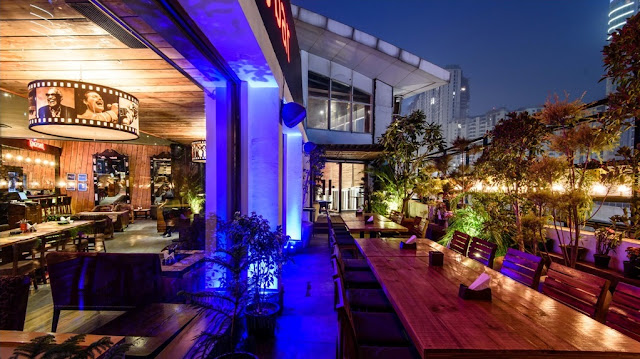 What caught my fancy the most is that Striker Skybar is the ideal place for hosting dinner parties; the live gigs are awesome with astonishing performances from well-known bands such as Toya, Jeremiah, and Traffic Jam.

If you're visiting on a Wednesday evening, make sure to be a part of the legendary Ladies Night, with scintillating music and sparkling cocktails and mocktails. 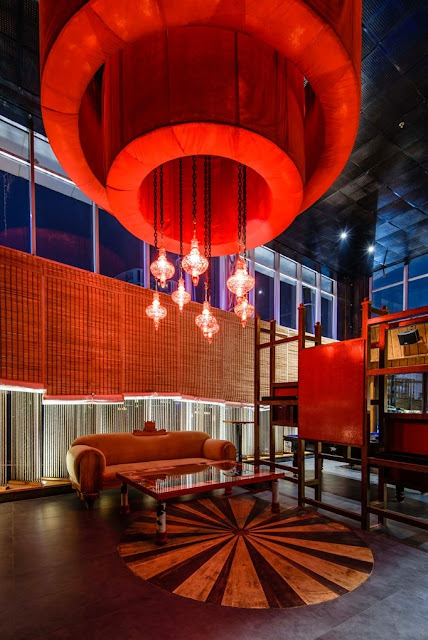 Spanning over an area of 12,000 square feet, Striker Skybar is conveniently divided into two parts - first is the restaurant, which has an exotic and mystic look and second is the Skybar - a romantic open area on the terrace, which is a delight for many.

Quench your thirst by enjoying the freshest beer at Striker Skybar, right from the brewers' tap. Have an enriching dining experience by trying some mouth-watering starters along with the beer. Room for more? Then go for the Fiery Margarita, Pink Blast, Naughty Santa, or Chau Special cocktails.

From amazing appetizers to delectable desserts, Striker Skybar will delight your senses in every single way, making sure you have a successful culinary experience. So what are you waiting for? Drop in for an extraordinary experience at Striker Skybar and enjoy their wonderful bespoke services.