Authentic Spanish Cuisine On Your Mind? Pintxo Is The Place To Be! 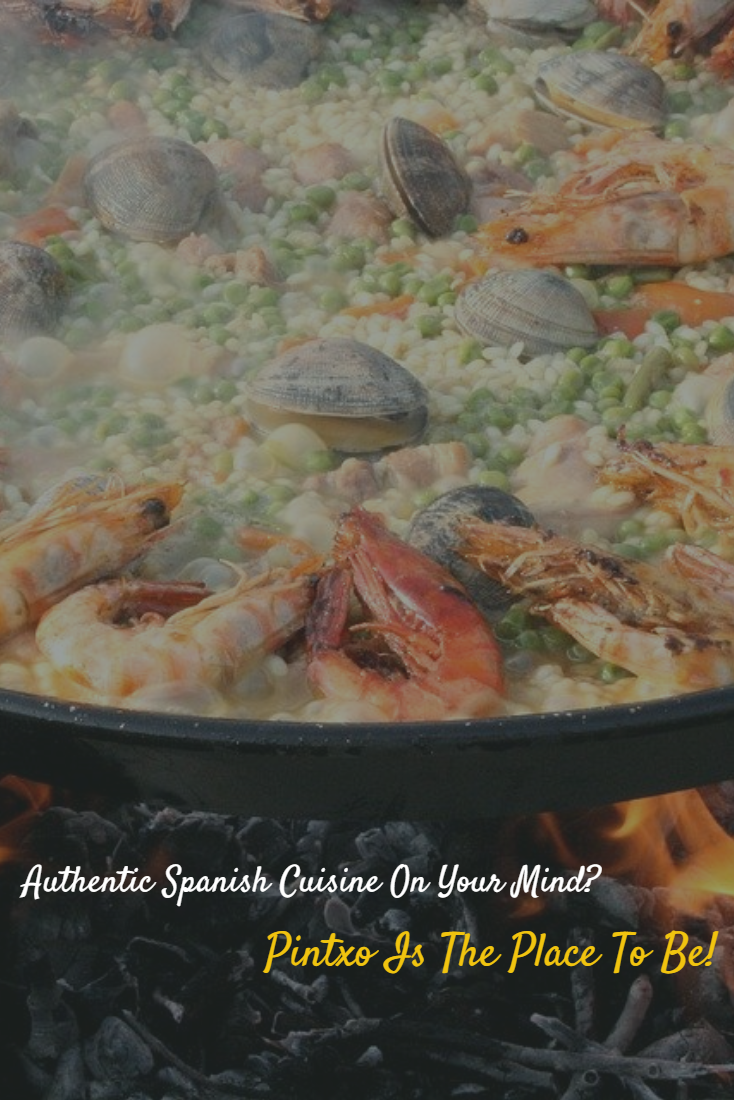 Earlier this year, I had the rare privilege of interviewing Chef Jordi Guillem at Sevilla, the Spanish themed restaurant inside The Claridges. For the uninitiated, Chef Jordi has worked in Michelin starred restaurants like the Sant Marti Sarroca in Barcelona.

In my brief yet insightful conversation with Chef Jordi, I had the chance to learn about indigenous Spanish products like Iberian ham, Romesco sauce, extra-virgin olive oil, etc. Although Spain has put its contemporary, avant-garde gastronomy on the world map, honestly I feel that there's still a lot more ground to cover in terms of embracing its true food heritage.


I consider myself no expert in Mediterranean cuisine, but that said, I love authentic Spanish food like the Paella, Gazpacho, Chorizo, Tortilla, Churro, etc. and have even started to develop a very distinctive palate for the regional cuisines of Spain*.

[* Suffice to mention here - my interest in learning about the Spanish gastronomy triggered only after returning from a recent familiarization trip to the cities of Madrid, Barcelona, and Segovia, courtesy the Tourism Office of Spain.]


For the entire world, Spanish food is positioned as artistic and impactful high-end cuisine, which is unarguable. However, a more representative and faithful image of the Spanish food culture, in my opinion, can only be revealed if you're willing to look beyond the realm of fine-dining, into the complex history of Spain where invasions and conquests are studied in detail, along with a very diverse culture and geography.

And that's exactly where Pintxo steps in! Charming and seducing you in equal measure with its varied Mediterranean cuisine that draws influences from the different regions of Spain.

Pintxo is derived from two words, "Pin" and "Cho", meaning Spike or Skewer. Nestled in the heart of Gurgaon's new landmark '32nd Avenue', the Pintxo - Tapas Bar is the brainchild of seasoned entrepreneurs Rajiv Tanwar and Hanuwant Singh.


Redefining the vocabulary of Spanish cuisine for a completely Indian audience is a young, emerging chef Emmanuel Gomes, whose aim is to introduce authentic Spanish cuisine by leveraging regional influences and indigenous ingredients native to Spain.


The elaborate menu at Pintxo not only contains veg and non-veg tapas options, to begin with, but also includes a plethora of traditional and new-age dishes like the empanada, Torta (flatbread), sliders, etc.


My gastronomical experience started with Mushroom and Chicken Soup, which coincidentally was also the soup of the day.


I then ordered a Tomato Gazpacho, a cold soup made with tomatoes as the primary ingredient. Smooth in texture, it was just the perfect start to my foodie sojourn.


The Stuffed Mushrooms brought fresh flavors straight from the heart of Spain.


Let Chef Emmanuel take you through the spicy and juicy concoctions of seasonal Paella, the National Dish of Spain. A traditional Paella served as the perfect window to the authentic culture-rich flavors of Spain.


Snack on fried calamari served with Romesco sauce and pair it with a sparkling white to titillate your taste buds.


You could also ask for a Red Wine Sangria or a pint of Mahou beer that complements the Mediterranean cuisine pretty well. Indulge in authentic Spanish cuisine, paired with the finest wines that are perfectly aged.


The comfort food of Spain also finds its way to your heart at Pintxo. Try the Chorizo (a type of pork sausage) served with mayo sauce for instance. My personal favorites though were the freshly cooked Chicken Skewers and the Pickled Eggplant.


Empanadas are one of the main dishes at Pintxo, prepared every morning from scratch and baked to perfection. Chef Emmanuel makes light, shortcrust pastry with a range of delicious fillings.

Pintxo is undeniably one of the best Spanish restaurants in Gurugram with both in-house and alfresco dining options. If authentic Spanish cuisine is on your mind, Pintxo is the place to be!